Perhaps best known for his work as the compelling counter-voice to singer, Stacey Kent, Jim Tomlinson is increasingly recognised as a distinctive saxophone voice in his own right. The release of his debut album as leader, Only Trust Your Heart, was greeted with universal acclaim. His follow up CD, Brazilian Sketches, was named 'Jazz CD Of The Week' by the Observer newspaper in the UK as well as being very well received in Brazil and his third album as leader, The Lyric, won 'Album of the Year' at the 2006 BBC Jazz Awards. Jim Tomlinson played the saxophone and ran a band as a hobby whilst studying for his degree in Politics, Philosophy and Economics at University College, Oxford

Stacey Kent says she tends to be attracted to the “feeling of unrest," and she thinks that her fans like to feel it too. Over the course of a 30 year career that has produced over 20 albums (including including the Grammy-nominated Breakfast On The Morning Tram), Stacey has mined that feeling again and again in ...

Stacey Kent: I Know I Dream 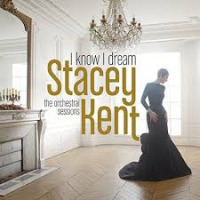 Stacey Kent has practically done it all over the past twenty years, selling north of two million albums, putting her gorgeously delicate stamp on standards, introducing fresh tunes into the canon, racking up awards, and bringing her flawless voice to fans in more than fifty countries. But one thing she hadn't done prior to this point ...

Another of Brazil's music luminaries from the sixties, Marcos Valle, came to Gotham on December 9, 2014 to team up with Stacey Kent and Jim Tomlinson and advance the Brazilian omnipresence here of late. Last month I wrote of the dramatic emergence of the Spokfrevo Orquestra at Lincoln Center and everywhere this month there are appearances ...

To celebrate his 50th career anniversary as a Songwriter, Arranger, Instrumentalist, and Singer, Brazilian artist Marcos Valle, joined American singer Stacey Kent's sweet beautiful voice to express a repertoire of half a century of successes. This reunion of these two artists has resulted in a CD titled Marcos Valle & Stacey Kent LIVE, which is being ...

Julie Kelly: Happy to Be 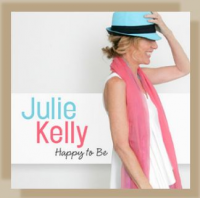 Julie Kelly is a talented singer whose talents are a fairly well-kept secret except on the West Coast, where she makes her home. Happy to Be is Kelly's eighth album, the first on Graham Carter's Colorado-based Jazzed Media label, and as has been her custom in the past, she chooses for the most part interesting songs ...

Hippodrome Anfa Jazzablanca Festival Casablanca, Morocco March 29-April 3, 2014 Jazz breathes new life through the Jazzablanca Festival. Rethinking Jazz culture is a difficult process, as no findings about jazz audiences in Morocco exist. Jazz is only brought to the fore of discussion at festival time. The media does not publicize ...

Stacey Kent's voice operates at the intersection of knowingness and innocence. She delivers every song with finesse, balancing a sense of wide-eyed wonderment with soft-handed confidence. Perhaps that's why she's been able to build such an enormous fan base since starting her singing career and showing up on listener's radars near the turn of the century. ...

After appearing in 18 countries on a world tour in support of their Warner Brothers CD The Changing Lights, Stacey Kent and her conductor/arranger/ saxophonist (and husband of 22 years) Jim Tomlinson wound up their travels at Birdland during the week of December 3rd. Transcending genres and national boundaries, the elfin-voiced multi-lingual Kent who has sung ...