Raised in Texas blues country, in a house full of music, the son of Houston saxophonist and bandleader, Maynard Gimble, he began to reveal his budding talent at the age of four. But, despite his early connection with jazz – frequently going to gigs with his father — it was the musical theatre that dominated the early part of his long career. His resume as an actor includes performances in stage shows such as Hair, Forbidden Broadway and The Tempest, as well as the cult film, Crimson Force. “For most of my life jazz was something I really liked, and I listened to it... but it was never something that I really explored until I moved to L.A

The appeal of singer and lyricist Mark Winkler is not that he has an outstanding vocal instrument. Rather, it is uniquely unique; easily identifiable. Winkler has what Broadway composers once called a “lyricist's voice." It is a voice of a song writer that is honest and genuine and that is where Winkler gets to the listener. ... 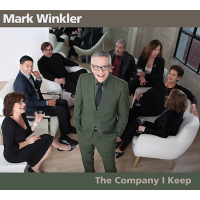 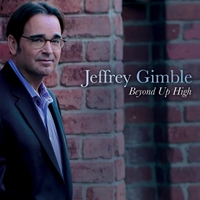 Label: Cafe Pacific Records
Released: 2013
Track listing: Sweet and Lovely; Hum Drum Blues; High Wire/The Aerialist; Rainy Days; It Only Happens When I Dance With You; Agua de Beber; Creatures; The Windmills of Yor Mind; Ain't No Sunshine; All The Things You Are (Things About You).

Jeffrey Gimble: Beyond Up High

There's a lyric in the old Kenny Rogers pop tune, “The Gambler" that states: “You've got to know when to hold and know when to fold." Now vocalist Jeffrey Gimble's debut CD Beyond Up High isn't a gamble--well, perhaps it is a bit as he enters the highly uncertain world of the male jazz singer, but, ...

Enter the "Jeffrey Gimble - Beyond Up High" Giveaway at All About Jazz!

Meet Jeffrey Gimble: Born and raised in Houston, TX, Gimble grew up going to the gigs of his saxophone-playing father Maynard, who had a popular big band in the '60s and '70s. Despite his natural curiosity for jazz, he was drawn instead to become an actor and musical theater performer and graduated from Houston's ...

Jeffrey Gimble: Beyond Up High

With the plethora of female vocalist producing new albums these days, it is indeed refreshing to hear a new male voice sure to make an impact in the jazz world, and that's just what L.A. singer Jeffrey Gimble is certain to accomplish with his stunning debut Beyond Up High. An actor raised in the Texas blues ...

"Beyond Up High," Jeffrey Gimble's Debut CD, arranged by Tamir Hendelman and produced by Mark Winkler, to be released April 15, 2013 on Cafe Pacific Records. Jeffrey Gimble’s “Beyond Up High" displays all the appealing qualities of an unusually intriguing new album, certain to be around for more than a little while. Just listen to the ...