Mario Cruz: A View from the Mind's Eye 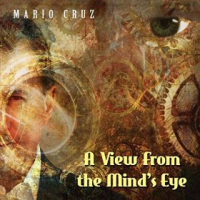 Coming out of the shadows and finally emerging as much more than a journeyman musician, FT. Worth, Texas native Mario Cruz, makes his Armored Records debut on the impressive and visionary A View from the Mind's Eye, his first totally conceived, creatively controlled and produced musical project reflecting both real and imagined personal stories transformed into ...