Grammy-nominated JC Hopkins has become a staple in the jazz music scene in New York City with his influence extending throughout the world. Featuring the top talent in today’s new movement in jazz, he and his “JC Hopkins Biggish Band” have performed with and accompanied a wide range of innovative vocalists including Norah Jones, Tony Bennett, Jon Hendricks, Andy Bey, Johnny O’Neal, Elvis Costello, Mose Allison, Madeleine Peyroux, Jazzmeia Horn and Martha Wainwright. His exuberant music is directed by many genres including jazz, swing, bebop, and the Great American Songbook. Described as a modern day Hoagy Carmichael, acclaimed singers such as Norah Jones, Willie Nelson, and Victoria Williams have covered his songs

Label: Self Produced
Released: 2020
Track listing: Beguiled; One of Those Days; The Wonderful Things to Come; We Can Change the World; Oh, Kitty!; Better Git It in Your Soul; Sublime Beauty; What Would You Say?; Lulu; Close Your Eyes; The Children Will Lead Us.

It's a Sad and Beautiful World 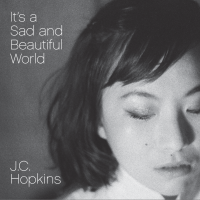 Label: Self Produced
Released: 2018
Track listing: Upside Down, It's a Sad and Beautiful World, Big Sister, Saturday, Us vs. Them, Just That Way, It's Good to be Alive, Walking Cane

JC Hopkins' New Release, "It's A Sad And Beautiful World," Which Features Garth Hudson And Levon Helm, Will Finally See The Light Of Day Ten Years After It Was Recorded

The album, which will be released on July 12, also features an impressive array of jazz greats and notable singer-songwriters There are some musicians who defy genre limitations, whose work spans a such wide spectrum that it simply does not allow them to be labelled or categorized. Multi-instrumentalist, composer and producer JC Hopkins is just such ... 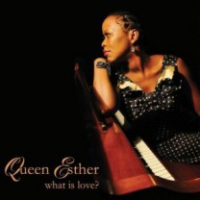 The multifarious talents which are the essence of extraordinary vocalist Queen Esther's identity, encompass the complete spectrum of music from rural southern blues and inner city jazz, to her innovative version of Black Americana. Born and raised in the Deep South, she was a prodigious child whose creativity was recognized early in life. After a successful ... 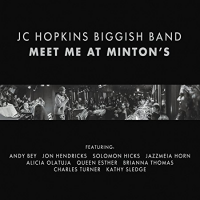 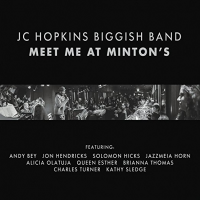 Label: Self Produced
Released: 2016
Track listing: Remember When; Suddenly (In Walked Bud); Swing Brother Swing; Looking Back (Reflections); What Is Love; Meant to Be; Meet Me at Minton's; Them There Eyes; Dreams Come True; Alright, Okay, You Win; Spreadin' Rhythm Around; How I Wish (Ask Me Now); All of Me.

Underneath a Brooklyn Moon 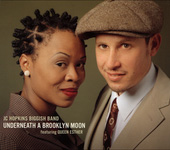