Results for "Jazz in Europe"

It is a strange feeling to write a piece about a jazz festival while the first band is on stage. I can hear Belmondo Quintet enchant their in-person audience from where I'm sitting, backstage in the production office of the Szczecin Opera Theater, where Europe's first international jazz festival of 2021 has just kicked off. From ...

Born into a family of drummers (a grandfather, two uncles & his father), Robert learned the basics from his father, who, along with his Uncle, were lifetime members of the NYC Musicians Union, AFM Local 802.

By high school, having started private lessons as well as classes in music theory, he was playing professionally all over the NY/Tri-State area. He went on to study Theory & Composition, Piano, Guitar, Orchestra Percussion & Drums at the Westchester Conservatory of Music, State University of NY at New Paltz, and Drummers Collective NYC. Over the years he has studied with some of the most well known drummers in New York & the world including, Ed Soph, Gary Chester, Kim Plainfield, Tony “Thunder” Smith, Robbie Gonzalez, Robbie Ameen, Horacio el Negro Hernandez, and Joe Ascione 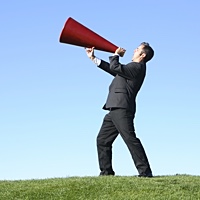 Now, More Than Ever, Musicians Need Your Support. These are extraordinary times yet one thing is certain… music connects communities. Due to this pandemic, understandably, all live performances have been cancelled until further notice. Yet, it's these very performances that provide the musicians income. Currently, most governments have not offered much in the form of financial ...

-“PORIN” award with his band as the best overall new music artist in Croatia -“Damir Dičić” award as the best Croatian jazz guitar player -“Status” award as the best Croatian etno musician/instrumentalist -“Miroslav Sedak Bencic” award as the most prominent Croatian jazz composer Jazz musician, guitarist, multiinstrumentalist, sound artist, arranger and composer, begins to play guitar at the age of 9, and plays professionally since the age of 13. His first guitar teacher was his father, a well known guitar player in Rijeka area during 1960’s and 1970’s. Later on he studied with the most prominent guitar players in Croatia and studied with and/or attended workshops of many world famous guitar players like Scott Henderson, Robben Ford, Marc Ribot, Sid Jacobs, Kurt Rosenwinkel… After playing shortly in some demo-bands he joins, at the age of 14, a pop-rock group called “Teens” and stays with that band for 7 years.During those years the band played hundreds of concerts in Croatia and abroad, winning many awards in Croatia and internationally (most notable Porin 2000.g.), releasing 3 cd’s, gaining high popularity and appearing on numerous music festivals in many different countries. In the years that followed he collaborates with many famous singers, mostly in Croatia, takes part in different projects, recordings and orchestras in Croatia and internationally