As an upright bassist, composer, and multi-instrumentalist, Jason Fraticelli is seen and heard often at the center of many musical scenes in the Philadelphia/New York communities. For the past 20 years he has been acting as sideman for many different artists such as Matisyahu, Melody Gardot, and Cyro Baptista, while at the same time always fascilitating his own groups such as the Fresh Cut Orchestra, The FCC, and The Jason Fraticelli Band. At the age of 13 he played one of his first concerts, on drums, opening for reggae artist Jimmy Cliff in Philadelphia with his dad and his uncle in a group called Elysium

OceanFirst Bank Jazz @ the Point 2018 Festival brings the best of jazz to South Jersey: Thursday, October 11 through Sunday, October 14. Get your all access pass!

The South Jersey Jazz Society has once again put together a lineup of incredible Jazz artists to perform at this year’s OceanFirst Bank Jazz @ the Point Festival Thursday, October 11 through Sunday, October 14. Shows will be presented throughout various venues in Somers Point, New Jersey for fans of this great American art form to ... 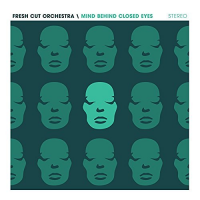 It's difficult to believe that the rich, full Mind Behind Closed Eyes is only the second release from jny:Philadelphia's Fresh Cut Orchestra; it sounds so much more developed and mature than that. Composed by the Orchestra's core trio of drummer Anwar Marshall, bassist Jason Fraticelli and trumpeter Josh Lawrence, and rounded out by a host of ...

Fresh Cut Orchestra: From the Vine 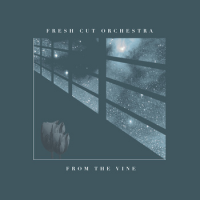 Fresh Cut Orchestra: From The Vine

In late 2012, the Painted Bride Art Center of Philadelphia commissioned local musicians Jason Fraticelli (bass), Anwar Marshall (drums) and Josh Lawrence (trumpet) to collaboratively compose new music for a ten-piece ensemble. “The Painted Bride contacted us about putting together this music, and we all agreed pretty much from the get-go about who we wanted to ... 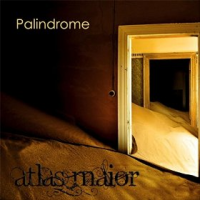 Philly Jazz: Fresh Cut From the VinePainted Bride Art CenterPhiladelphia, PAOctober 20, 2012Philadelphia is a city filled with abundant talent and artistic potential, especially when it comes to the city's vibrant music scene. However, Philadelphia-based musicians often find themselves faced with a lack of opportunities to showcase their ...