Jamie Davis holds a position amongst the pantheon of great male vocalists with a full deep baritone voice that has been paired with some of the world’s most famous talent. Davis counts Patty Austin, Tony Bennett, George Benson, the Count Basie Orchestra, Rosemary Clooney, Jimmy Cobbs, and Billy Cobham. Davis was named the "chocolate baritone" by Sir Michael Parkinson, the BBC’s arbiter of important international Jazz, after his 2007 performance in London with the BBC’s sixty-four piece orchestra. Last year’s schedule included the Chetlenham Festival, the Jerry Lewis Telethon in Las Vegas and tours at home and abroad 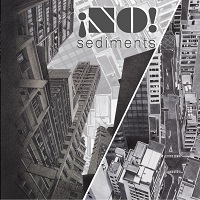 Dublin four-piece ¡NO! is one of the more prolific bands on the improv scene, with Sediments its tenth release in the past three years, a run which has included a digital-only release, numerous EPs and its eponymous debut LP from 2015--a drone and krautrock-influenced psychedelic jam fest that made the Irish music press sit up and ...

Veteran saxophonist Tim Warfield delivers one of the finest modern Christmas jazz albums around on Jazzy Christmas. Performing a selection of familiar songs with a heavy contemporary flavor, the music is so straight-ahead in nature that such seasonal tunes like “Let It Snow," “Joy To The World," and “Silent Night," are almost unrecognizable as Christmas music ...

Penang, Kuala Lumpur, Selangor Dalat International School is expanding its' world class college preparatory international school into Kuala Lumpur. When US vocalist Jamie Davis, heard about the KL Vision he said, “I believe in your project, let me know how I can help" and that generous offer from Jamie is taking him to Malaysia. The Dalat ...

Penang, Kuala Lumpur, Selangor Dalat International School is expanding its' world class college preparatory international school into Kuala Lumpur. When US vocalist Jamie Davis, heard about the KL Vision he said, “I believe in your project, let me know how I can help" and that generous offer from Jamie is taking him to Malaysia. The Dalat ...

Join the All About Jazz Party on the 2011 Jazz Cruise!

The Very Thought of You