Jacintha - vocalist Jacintha Abisheganaden, was born on 3 October 1957, in Singapore, Malaysia. Jacintha's Chinese mother sang and played the piano and her Sri Lankan father played classical guitar and was also interested in jazz guitar. She studied piano and voice from her early teens and also sang in the Singapore Youth Choir. After winning a local television talent contest, Talentime, she attended the National University of Singapore, graduating with an honors degree in English, and then went to America where she studied creative writing at Harvard University. Jacintha remained in the USA for a little while, including a spell in Hawaii where she formed her own band

Singer Jacintha (Abisheganaden) was born in Singapore to Chinese/Sri Lankan parents in 1957. She eventually began recording, and established a reputation as both a singer and actor in Southeast Asia. Signing a contract with Groove Note Records in 1999, she became a more familiar musical name to North American listeners for the first time.. ...

When seeking jazz, Malaysia isn't likely to be on many people's lists of possible sources. Yet that is where vocalist Jacintha hails from. Born Jacintha Abisheganaden in 1957, to a Chinese mother who sang and Sri Lankan father who played classical guitar, Jacintha got into music at an early age. Her experiences included periods ...

The Girl From Bossa Nova

Jacintha Is Her Name 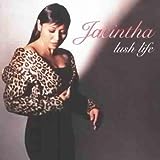