Jacam Manricks is fast establishing himself as one of the most qualified artist/musicians in the world today. He tours internationally as a featured soloist, composer/arranger and clinician throughout Europe, North America and Australia. Mr Manricks has received a number of prestigious awards and scholarships for artistic excellence and has performed with some of the most recognized artists of our time, including Ray Charles, Jeff ‘Tain’ Watts, David Liebman, Micheal Abene, Dick Oatts, James Morrison, Mike Nock, Jerry Lewis and the Queensland Symphony to name a few. Mr Manricks has been a featured soloist at internationally renowned venues, such as Jazz at Lincoln Center (New York), the Jazz Standard (New York), the Jazz Gallery (New York), the A-Train (Berlin), the Gasteig Philharmonie (Munich), the Seymour Center (Sydney) & Bennet's Lane (Melbourne). As a composer, In June 2008 Mr Manricks recorded his second album of original works 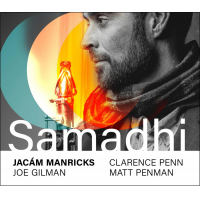 Label: Saccat Records
Released: 2020
Track listing: I'm All Yours, It All Begins with You, Breakup Funk, While You Decide, Serves Me Right, The Band, Suddenly, Marika's Melody, Your Song's Passe, Kit & Kaboodle Blues

Beth Duncan: I'm All Yours

As fertile and durable as the Great American Songbook is, like fossil fuels it is not an infinite and forgiving loam. It is a splendid jumping-off point, both historically and contemporarily, for the swan dive into jazz. At least tangentially, it also serves as the creative spark, igniting new, more progressive composition. This is where Sacramento-based ...

Saxophonist/composer Jacám Manricks marks his arrival as a full-fledged auteur on the splendid Samadhi, set for a September 4 release on his own Manricks Music Records. Already an accomplished composer, arranger, multi-instrumentalist, and improviser, Manricks’s sixth album adds recording, engineering, producing, and mixing to his overflowing skill set. Thus it stands as a vision entirely of ... 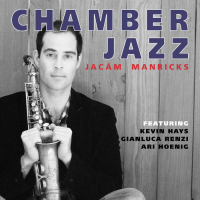 Now based in California, composer and multi-reed whiz Jacam Manricks describes himself as “Sri Lankan- Portuguese Australian-born." In other words he's the virtual embodiment of a world citizen. When it comes to his music, Manricks is unafraid to draw from pretty much any source for inspiration. The wryly-titled Chamber Jazz comprises eight Manricks originals plus a ... 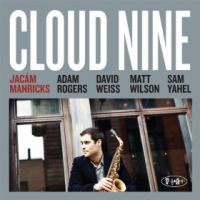 The euphoria-based title of Jacam Manricks' latest album makes perfect sense. After all, who wouldn't be on cloud nine with a band like this?! For his fourth album, the Australian-born, New York-based saxophonist mingles with three modernist elites who help to shape and define his sound. While Manricks' compositional prowess could easily allow him to fully ... 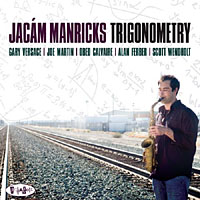