Results for "J. A. Granelli"

J. Anthony Granelli is a native of northern California. He began to study electric bass at the age of eight from San Francisco Bassist /instrument pioneer Fred Marshall. In his teens Granelli moved to Seattle Washington where he performed with Jay Clayton, Jerry Granelli, Julian Priester, and was a founding member of the critically acclaimed group Timebone. Granelli received a BFA in Jazz Studies from California Institute of the Arts in 1991. At Cal Arts he explored creating a personal vocabulary of jazz improvisation while studying with Charlie Haden, and performing with John Bergamo and Miroslav Tadic. Granelli now resides in New York City where he composes, and plays actively in a wide variety of musical situations, including his critaclly acclaimed quartet Mr

The second part of this week's new and upcoming release special brings new gems by Angel Bat Dawid, Caleb Dolister, old gems in new bottles courtesy of Gary Bartz & Maisha and of Jorja Smith diving into the Blue Note catalogue for a neo-classic St. Germain, some family love by the Granellis and the electro-acoustic experimentations ... 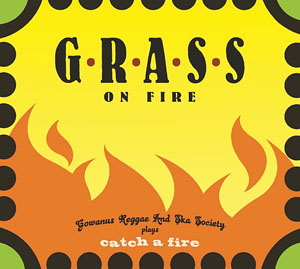 The Gowanus Reggae and Ska Society was fermented when a group of jazz musicians who shared the same vision for reggae got together for jam sessions at the home of keyboardist Nate Shaw. Their love of the music coalesced into a more tangent form when they presented the soundtrack to the 1972 film, The Harder They ...

Eleven Musicians of the Gowanus Reggae and Ska Society Instrumentally Interpret Music from Catch a Fire With the release of G.R.A.S.S. on Fire, G.R.A.S.S—the appropriately abbreviated Gowanus Reggae and Ska Society—have taken on the challenge of bringing the music of the legendary Bob Marley and the Wailers to an entirely new level. On G.R.A.S.S. on Fire, ... 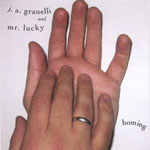 The words “surf's up" keep coming to mind when I listen to bassist J.A. Granelli and Mr. Lucky's Gigantic. Though it may seem an odd comparison, the music here has that rough-around-the-edges groove mode of long ago guitar/organ-based surf music, a very early sixties (pre-Beatles) Southern California type of garage rock. These minor hit records from ...

The music that J.A. Granelli and Mr. Lucky make has nothing to do with jazz. That does not matter, for they serve up dollops of music that tantalizes and captivates even in the quietest moments. Granelli balances the structure of the album very well as he brings in different moods to keep the snare ...