Isaac Hernandez is a charismatic Dominican Guitarist, composer and arranger. He is mostly known for his work on Jazz arrangements and compositions, but he also produces, appears in recordings and performs with many other artists in a great variety of genres. He was born on April the 2nd, 1982 in Santiago de los Caballeros (Dominican Republic), but grew up and currently lives in Santo Domingo de Guzman. He started in music as a self-taught guitarist, heavily influenced by great musicians and styles of the era, but between 2007 and 2009 he lived in Argentina, where he continued his professional development. He enrolled in the Contemporary Music School of Buenos Aires (in affiliation with Berklee College of Music), from which he obtained a degree in Jazz Guitar. After returning from Argentina, Isaac became a force to be reckoned with 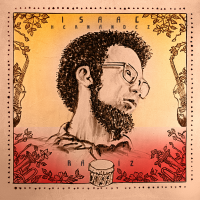