Irakli Koiava was born on February 27th, 1979 in Tbilisi, Georgia. His interest in music began in his early childhood. In 2002 his actively began studying percussion instruments and started practicing the percussionmusic. In 2005, during Festival fur Neue Music “Close Encounters”, Irakli participated and performed in a drum masterclass with Lucas Niggli. In 2006 Koiava founded a joint project by Azerbaijani jazz musician, including Yasef Eyvazov (oud). The project was performed in Baku (Azerbaijan) in a jazz club “Caravan”. In March 2008 Irakli was invited to State Jazz Center in Baku (Azerbaijan) where he performed in a “Drummers’ Jam” festival alongside Azerbaijani and Russian musicians, namely Alexander Mashin from Russian (drums), Tofig Djabarov (percussion),Natsik Shirinov (nagara),Ruslan Guseinov (double bass), and Isfar Sarabsky (piano) 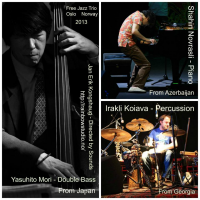 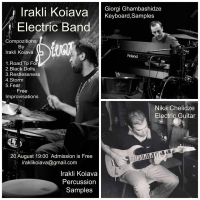 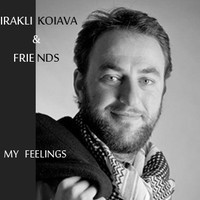 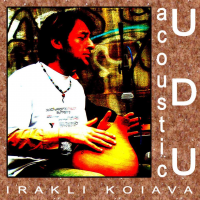