Marcus Taylor is a guitarist, bassist, percussionist, composer and academic. He produced the CD Kashgar as a vehicle for his solo compositions exploring the interface of jazz, rock and world styles. On picking up the guitar as a 17 year old, Marcus learned to play by copying Santana solos as best he could on an old acoustic guitar. Soon upgrading to an electric, it was a short musical hop from Santana to John McLaughlin, Al di Meola and other 70s fusion pioneers whose vital energy and genre-blending approaches remain a huge influence. As a composer, he has consistently sought to craft a unique sound and is drawn to a wide range of musical styles to serve as points of inspiration 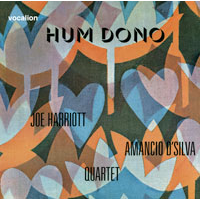 All credit to Dutton Vocalion for making Hum Dono available again. It's open to question, of course, whether the record should be seen as a Harriott date at all. The Goan guitarist, Amancio D'Silva, is certainly more than a junior partner here and provides five of the record's six tunes, as well as shaping its whole ...

To celebrate the 100th birthday of Jamaican-born bassist Coleridge Goode, All About Jazz publishes Duncan Heining's 2012 interview with Goode. A remarkable man and musician, the bassist connects aspects of British jazz from the 1930s through the war years and on through the fifties, sixties and seventies. He played with Caribbean-born and black British jazz pioneers ...