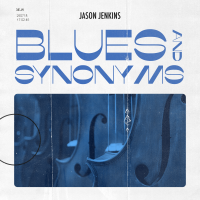 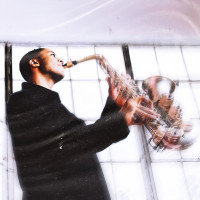 Album: Who Are You When No One Is Watching?
By Braxton Cook
Label: Nettwerk Music Group
Released: 2023
Duration: 5:34 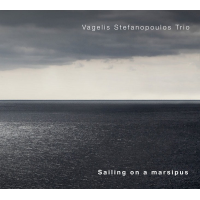 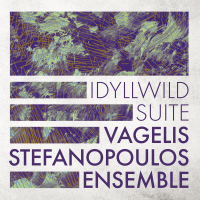 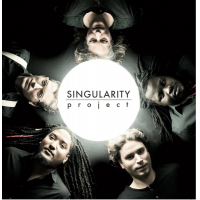 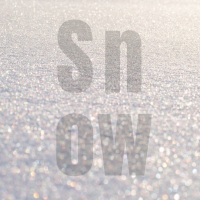 Daniel Tamayo Gómez is a guitarist and composer originally from Medellín, Colombia, living in Cologne. His current artistic activity is focused on composition and performance with his Quintet as well as working on multidisciplinary projects. After his bachelor and master studies at EAFIT University Daniel was awarded the DAAD Scholarship for postgraduate studies in music composition at the Hochschule für Musik Köln. During his last academic years his mentors have been, Siegfried Koef, Florian Ross, Sam Farley, Casey Dickey and Frank Reinshagen among many others. In the last years Daniel has been active as a guitar player and composer with different projects around Europe and recently in New York and Medellín, taking part in a number of international festivals and competitions

Griffin Brown is a composer, poet, drummer, songwriter+vocalist, producer, and multi-instrumentalist based in Brooklyn. Described by The Wire as “impressive” and “original,” his musical work collides—and sometimes exists wholly inside of—idioms like jazz, concert music, electronic, experimental pop+rock, and improvised music. His poems appear in The Paris Review, Plume, Poetry Northwest, Prelude, and elsewhere.

He has performed and had music debuted in an array of concert halls, clubs, and basements—among many others, the Cornelia Street Café, Miller Theatre, the Rochester International Jazz Festival, Birdland, Caramoor, PS21 Chatham, Mercury Lounge, the Owl, TV Eye, and SOB’s in New York; MASS MoCA/Bang on a Can LOUD Weekend in Massachusetts; Beinecke Rare Book and Manuscript Library, Morse Recital Hall, and Space Ballroom in New Haven/CT; PhilaMOCA, World Café Live, and the Trocadero in Philadelphia; the Baked Potato in Los Angeles; Donau115 in Berlin; Celeste and Fabrik in Vienna; Punctum in Prague; La Schola Cantorum in Paris; and the highSCORE Festival in Pavia—and taken part in impuls in Graz

"Heart, Mind & Spirit" is the new album of Piotr Budniak Essential Group. The title loosely refers to the concept of a human being as the sum of the spirit, soul and body professed in early Christianity and derived from Hebrew philosophy. The assumption of the team is an attempt to capture the essence of human integrity with the whole palette of his feelings, thoughts, beliefs, experiences and struggles. The musical layer of the album differs from the choices made by the band, using, apart from - acoustic instruments - electric and enriching the whole with electronic elements and modern production procedures. Piotr Budniak Essential Group was formed in 2014