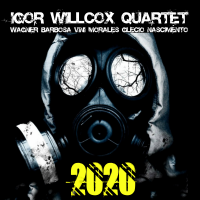 New Music from Cyrille, Eldh, Conly, Willcox and Heyes and much more

On this week's show new music from New York United, Petter Eldh, Sean Conly, Igor Willcox, Andres Hayes and Andrew Cyrille. There are also older releases from Pedway, and Camila Nebbia, some classic music from 1961 from Joe Harriott, and the preview of a new album from David Sandford.PlaylistAndrew Cyrille “Mountain" from The News ...

Today we feature the new album from Steve Hunt Connections, which features many superb musicians. Steve has not released many albums of his own over the years, but has worked with many great musicians all around the world including Allan Holdsworth and Virgil Donati also music from guitarist Scott Jones from his album Fictional Characters, Oz ...

With his second live release in as many years, Brazilian drummer Igor Willcox continues to display--with equal parts potent suppleness and sheer fusion momentum--the high energy level at the core of his game. Add to that Newton's Third Law--that for every action there is an equal and opposite reaction--and you've got a really clear read on ... 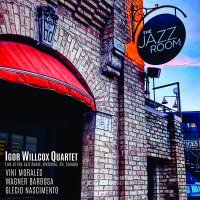