Howard University Jazz Ensemble (HUJE) was founded in 1975 by its director, Fred Irby, III. Outstanding performances in the United States, Europe, South America, Asia, and the Caribbean have caused it to be recognized as one of the foremost college jazz ensembles. HUJE has been heard on radio and television as well as in concert, often appearing with celebrated performers. Members of the HUJE have won awards as performers and composers/arrangers, and the ensemble includes among its alumni several practicing jazz artists. Additionally, the HUJE was featured during the 1992, 1996 and 2005 Kennedy Center Honors Gala (CBS-TV)

In 2020, the superb Howard University Jazz Ensemble from the US capital marked its forty-fifth anniversary. Since its inception in 1975, the ensemble has had only one director, Fred Irby III, its founder and guiding force for lo these many years. One year after organizing the group, Irby assembled its members for a visit to a ... 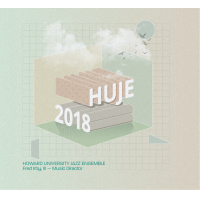 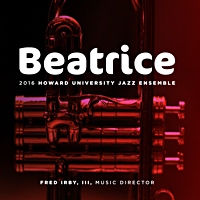 Journey of a Friend

Although the Howard University Jazz Ensemble isn't quite as dependable as a morning sunrise, it has been present and accounted for in a recording studio once each year since it was formed in 1976 by Fred Irby III, who not only directed that first session but has supervised every one since, right up to No. 37, ... 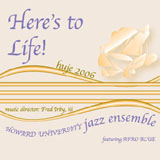 Every year, almost like clockwork, director Fred Irby III sends me a copy of the Howard University Jazz Ensemble's latest recording, and I am always pleased and happy to be reminded that an undergraduate big band of this caliber resides and plays in my hometown (as a boy growing up in Washington, DC, I lived within ...