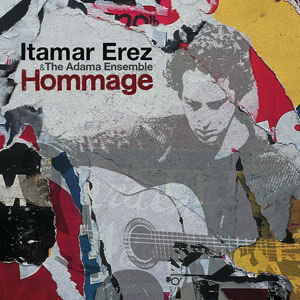 Four years passed between the debut recording of Israeli pianist/guitarist Itamar Erez and this sophomore one. Desert Song (Self Produced, 2006), was recorded with his Canadian quartet, and after relocating to Israel he founded a local quartet, based on the same instrumentation that was introduced by the pioneering, genre-breaking quartet, Oregon. On Hommage, ... 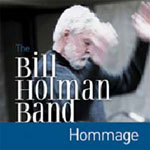 Sometimes it's a matter of perspective. Having attended the concert in May 2006 at which most of Bill Holman's latest album, Hommage, was recorded, I must acknowledge a modest level of disappointment. It didn't seem up to the maestro's usual standards, an opinion I later shared with Graham Carter, head of Jazzed Media Records. Okay, so ... 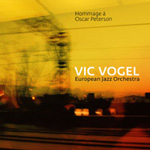 For nearly a decade, Swinging Europe has given young musicians from across the continent a chance to play together for one summer month, traveling all over Europe as members of the European Jazz Youth Orchestra. Each year a new composer is chosen to conduct the orchestra. The conductor has always been European--until now. Breaking with tradition, ...

The wealth of jazz recordings originally released only in Japan, especially during the '70s, has long been a source of angst for collectors, especially given that for many years--outside of the occasional store prepared to bring in these expensive imports--they were virtually unobtainable in North America. Of course, with the advent of the internet, it has ...