My name is Martín Perna. I am a creative producer in Berkeley, California. and on the road the rest of the time. Since 1995, I have worked professionally as a musician, musical director and film composer. I perform and record music with a lot of people that maybe you know and many that you might not. People/groups I've worked with recently: Antibalas, Jose James, Nona Hendryx, Bettyle Lavette, Alice Russell, Mark Ronson, Greg Phillinganes, Dr. John, Michael McDonald, Ledisi, Angélique Kidjo, Anthony Hamilton, Gregory Porter, Valerie Simpson, Ed Sheeran, The Roots, Sharon Jones and the Dap Kings, Brian Jackson, Steven Bernstein, Kyp Malone and Tunde Adebimpe (TV on the Radio), Saul Williams, Miguel Zenón, John Medeski, Ana-Maurine Lara, Karim Lopez, Mike Tyner, Zap Mama, Santigold, Lorenzo "Jovanotti" Cherubini, The Stepkids, and many others. I play exclusively Bari reeds and use SYOS mouthpieces

Born in Evansville, Indiana, Steve studied trumpet and composition under scholarship at Butler University. He switched his instrumental focus to the piano at age 22 and was hired by Buddy Morrow to perform with the Tommy Dorsey Orchestra in 1977. Since moving to Harrisburg PA in 1978, he has been largely responsible for the growth and development of the thriving jazz scene in Central Pennsylvania. Steve is Past President and a founder of the Central PA Friends of Jazz, one of the most successful jazz organizations in the country. Presented as an “Emerging Artist” at the Jazz Times Convention in New York City in 1998 and winner of the 1999 Jazziz Magazine - Seven Springs Jazz Festival Piano Competition, Steve also received the prestigious 2002 Harrisburg Arts Award for his service to the community

Dave Wilson is a leading jazz saxophonist, recording artist, band leader, composer, and educator in the Central PA/ Delaware Valley area, with a very active venue and festival schedule as both a leader of his own groups and as a sideman. Born and raised in Bronxville, N.Y., Dave Wilson began his music studies in the fourth grade. Wilson has evolved into a striking saxophonist with chops and maturity of tone that invokes passions and enthusiasm when listening to his vocabulary in jazz. He has studied with saxophonists Dave Liebman, Joe Lovano, Bill Barron, Ralph Lalama, Tim Price, Glenn Guidone, Tom Strohman, as well as with guitarist Steve Giordano and pianist Kirk Reese

Jazz Near You Imports more events through InstantSeats Affiliation 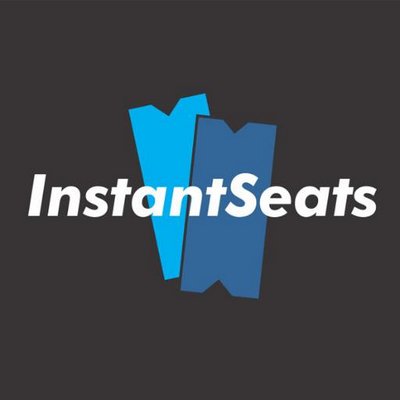 Jazz Near You, the Internet's largest aggregator and distributor of jazz event and venue information has collaborated with InstantSeats to provide event and ticketing information for several Mid-Atlantic jazz venues. “Our goal is to present the most comprehensive jazz events calendar and importing InstantSeats events helps us take another step towards reaching that goal," says Jazz ...

Jazz singer and writer Suzanne Cloud will at the Hershey Free Library, 701 Cocoa Avenue, in Hershey, PA, on October 29, 2012 at 6 p.m. to present Commonwealth Cool, a jazz history talk sponsored the Pennsylvania Humanities Council through their Commonwealth Speakers Bureau program, which offers humanities experiences throughout the state that affect the everyday lives ...

The Jay Vonada Trio, based in State College PA, will release their debut CD Red Pajamas on January 21, 2012. The group consists of Jay Vonada on Trombone, Alex Sell on Organ and Kevin Lowe on the drums. The album will feature nine original compositions, seven by Vonada and one each by Sell and Lowe. The ...

The Central Pennsylvania Friends of Jazz are proud to present the Aaron Goldberg Trio with Aaron Goldberg (piano), Omer Avital (bass) and Eric Harland (drums) on Sunday, February 20th, beginning at 6 PM. Opening at 5 pm will be the Bucknell University Jazz Band, under the direction of Barry Long. The concert will take place in ...

The Central Pennsylvania Friends of Jazz Are Proud to Present Poncho Sanchez and His Group Sunday, Oct 17th at the the Hilton Harrisburg , Beginning at 6 P.M.

The Central Pennsylvania Friends of Jazz are proud to present Poncho Sanchez and his group Sunday, Oct 17th, beginning at 6 p.m. A Youth band from an area high school or college will open the Concert's with a 5 pm performance. The concert will take place at the The Hilton Harrisburg located at 1 North 2nd ...

More blast from our past: Jazz Backstage. Read on.