Harlan Leonard was an American jazz bandleader and clarinetist from Kansas City, Missouri.

Leonard was born in Kansas City in 1905. A professional musician from the age of 17, he joined Benny Moten's orchestra in 1923, where he led the reed section until 1931. In 1931 he and Thamon Hayes formed the Kansas City Skyrockets, which included trumpeters Ed Lewis and James Ross, trombonist Vic Dickenson, and pianist Jesse Stone. After disputes with the Chicago local of the American Federation of Musicians the band broke up.

In 1939 Leonard formed Harlan Leonard and his Rockets, which featured a young Myra Taylor 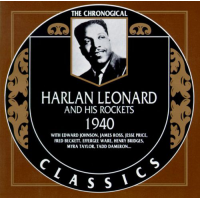 Kansas City big bands of the 1930s were distinct. A product of the city's dance and nightlife economy, the bands there embraced the blues with a jump feel that became known as swing. To complete, the bands were arranged in such a way that different sections of the orchestra riffed among themselves, as if caucusing in ...

Paul Combs: Dameronia: The Life and Times of Tadd Dameron

Tadd Dameron was born on Feb. 21 in 1917, and for the past few years, Smoke has celebrated his birthday over President's weekend. This year the tribute featured tenor saxophonists George Coleman and Eric Alexander on alternating nights, with a rhythm section of drummer Joe Farnsworth, bassist John Webber and pianist Rich Wyands. ...

Harlan Leonard And His Rockets 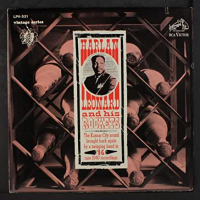