Hans Ulrik is a Danish jazz saxophonist, composer and has several recordings as band leader with the like of Gary Peacock, Adam Nussbaum, Niels Lan Doky, Audun Kleive, Marilyn Mazur, John Scofield and Steve Swallow. Ulrik studied jazz saxophone at Berklee College of Music in Boston (1984–86). He continued his studies after a wisit in New York City (1986) until 1987. Since 1987 he has been the leader of various bands like Pinocchio (1987), Hans Ulrik Fusion (1988–89), Ulrik/Hess Quartet (1989–90), Hans Ulrik Group (1991–95), Wombat (1995–98), Hans Ulrik Jazz & Mambo (1998-2003) and Hans Ulrik Quartet (from 2003). In addition to various Danish jazz awards Ulrik has received the award of the European Jazz Competition in Leverkusen 1988 the prize for best soloist and 1990

The Meeting with Steve Swallow

The partnership between Danish saxophonist Hans Ulrik and American bassist Steve Swallow can be traced back to the late '90s when they toured Europe and recorded three albums including Tin Pan Aliens (Stunt Records, 2005). Meanwhile drummer Anders Mogensen's collaboration with Swallow also began in the '90s, his busy calendar saw him perform alongside musicians such ...

Valby Summer JazzPrøvehallen in Valby and The Betty Nansen TheatreCopenhagen, DenmarkJuly 6-13, 2013 In a time of financial crisis, the solution to many festivals seems to be to cut down on the experimental budget and ambitions and focus on familiar names that are sure to attract a sizeable audience. While Valby ...

The Adventures Of A Polar Expedition

The Danish jazz scene has evolved tremendously during recent years. The recurring Copenhagen Jazz Festival is a testament to the strength of the Danish jazz scene and its ability to soak up influences from outside. Openness towards musical influences is also reflected in this year's harvest of the best Danish records, which often bring in American ... 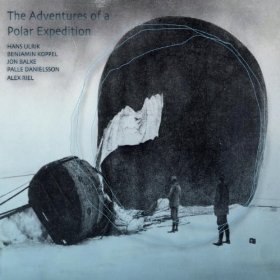 The exploration of arctic landscapes has always fascinated mankind, and both paintings and literature testify to man's longings for the icy unknown. However, few musicians have tried to translate the adventures of the arctic explorers into sound. Danish saxophonist Benjamin Koppel's ambitious The Adventure of a Polar Expedition sets out to right that ...