New York native, keyboardist Greg Lewis, a highly accomplished mainstay on the city's jazz, blues and funk scenes, who has earned a solid reputation for his versatile work around town in a vast variety of settings, steps out front for the first time on his debut CD Organ Monk. Lewis' sensitive and soulful keyboard playing has made him a favorite among some of the music's finest vocalists - including blues queen Sweet Georgia Brown, jazz and soul songstress, Lezlie Harrison and ex-Brooklyn Funk Essentials singer / songwriter Stephanie McKay -- and earned him a featured role on saxophonist Sam Newsome's Groove Project recording 24/7. Now on "Organ Monk" the spotlight is finally shined on his enormous talents as the leader of his own all-star trio featuring multitalented guitarist Ron Jackson and drummer extraordinaire Cindy Blackman. Born into a musical family, Lewis' introduction to jazz came from hearing Monk records from the collection his late father, pianist David Lewis, who was a dedicated fan of Thelonious 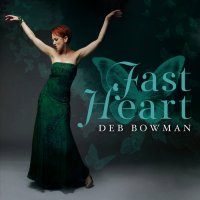 The first musical instrument was the human voice and there always seems to be emerging jazz singers presenting their spin on the practice. Here are four of the more recent. Gretje Angell In Any Key Grevlinto 2019 Akron, Ohio's Gretje Angell is a third generation jazz musician and ...

11th Annual Red Hook Jazz Festival To Be Held Sunday, September 16 From 2-6 PM — Marc Ribot And The Jazzbeens To Headline

It is rare that a jazz album comes with laugh out loud moments but bassoonist Daniel Smith's Smokin' Hot Bassoon Blues is full of them. Unfortunately these do not appear to be intentional humorous attempts merely risibly poor performances. This is a shame as Smith is both an accomplished musician and a jazz connoisseur ...

All those who can resist reviewing--or reading a review about--a jazz / blues quartet led by a bassoonist, please raise your hands. No one? Very well, then, let us proceed. The bassoonist in question is Daniel Smith, and while his name may be unassuming, it would be good to report that there is nothing ordinary about ... 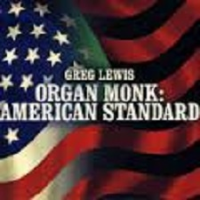 Label: Self Produced
Released: 2013
Track listing: Liza, Lulu’s Back In Town; Nice Work If You Can Get It; Dinah; I Should Care; Tea For Two; Everything Happens To Me; Just A Gigolo; Don’t Blame Me; Between The Devil And The Deep Blue Sea.

Dan Bilawsky was mightily impressed with Greg Lewis' two previous Organ Monk offerings, Two in the Black (Self Produced, 2012) and Organ Monk (Self Produced, 2010), where he notes the challenges to non-piano surveys of Thelonious Monk's canon. Greatly in absence is the element of Monk's percussive pianism. But Bilawsky notes that Lewis compensates for this ...

Uwo in the Black 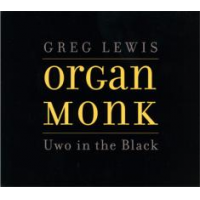 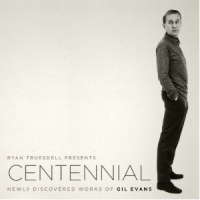 Transcendent recordings don't come with a label identifying their magnificence, but they're easy to pick out. I had the honor and privilege of receiving, and listening to, more than 375 CDs for review consideration in 2012. I reviewed approximately 165 of them and these were the 15 that rose above the rest. Some are bold and ...