Glennis credits the origins of her talent to the rhythms of the swing and big band era that filled her childhood home with the sounds of Duke Ellington, the Dorsey brothers and Glen Miller. Her parents taught ballroom dance, so her parents' appreciation for music was a tremendous influence on Glennis and the nurturing of her musical pursuits. Although she chose to listen to the pop music of the day (oh the 70s – Carpenters! Olivia Newton John! - all that soft stuff!), she was surrounded by music of another era – that was her first exposure to music and she remembers poring over her parents’ albums of music from a bygone era. Despite telling her mother, at the ripe age of five years old, that she was going to be a singer, she played classical piano as a child and teenager, and played clarinet for three years in her junior high band 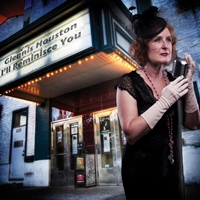 Label: Self Produced
Released: 2014
Track listing: Being Green, But Beautiful; Beloved; Lonely Without You; Lullaby For A Boy; Since You Walked Out That Door; Mockingbird; A Slow Blues; Oh! Gee!; Spare Change; Tears of Stone; L.O.V.E.; I'll Reminisce You.

Calgary vocalist Glennis Houston follows up her debut album Lies of Handsome Men (2004, Self-Produced) with a warm session of light contemporary vocal jazz on I'll Reminisce You. Unlike the first disc--comprised entirely of standards--Houston designs a repertoire of primarily originals with the incorporation of a handful of cover songs touching on bebop, blues and ballads. ... 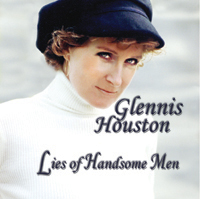