Brooklyn-based trumpeter Darren Johnston traveled to Chicago in May 2021 to record Life in Time with three of his favorite musicians: saxophonist Geof Bradfield, bassist Clark Sommers and drummer Dana Hall who form their own working trio in the Windy City. The generally charming studio date encompasses ten original compositions, six by Johnston, four by Bradfield. ... 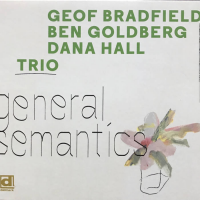