Pianist/Vocalist/Organist Gary Brunotte performs his own brand of lyrical jazz, influenced by the tradition but in his own personal voice. Born and raised in a small town in Minnesota, he remembers, “My uncle played accordion, was self-taught and performed in the Navy band. In addition, my stepfather played guitar and my other uncles all played instruments. I started taking accordion lessons when I was nine.” He debuted as a professional musician at a New Year's Eve job when he was 11, switched to organ and performed with r and b and rock and roll bands as a teenager. “I discovered jazz after listening to Brasil '66 and Blood, Sweat and Tears 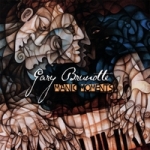 Based out of Durham, North Carolina, multi-talented musician Gary Brunotte draws on his years of experience as an organist and pianist to create Manic Moments, a unique blend of jazz that defies generic categorization. The disc encompasses moments of straight-ahead blowing, funky grooves and soulful Latin vibes to create an intriguing musical landscape. Manic Moments succeeds ...

Ditty For The Kitty 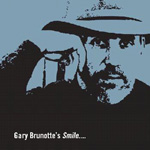 Gary Brunotte's piano trio provides a lovely session of lyrical ballads and gentle reflection on Smile, a tribute album dedicated to Dexter, the pianist's family pet who passed away at age fifteen. Judging from the album cover photo, he must surely have left behind pleasant memories and golden moments that remain frozen in time. ...