Bass player, composer and educator. Born in Rome in 1970, live in Sicily. When he was six he began study piano and, few year later, drums. He has developed its own musical language playing ( and learning from ) with Stefano Maltese, Gioconda Cilio and Antonio Moncada in their projects : As Sikilli Ensemble, Ghost Company, Maltese Trio, Moncada Quintet and Cilio Quartet. He has participated in various stages and seminars held by sicilian musicians and others like Giorgio Gaslini, Bruno Tommaso, Paolo Fresu, Tony Oxley, Franco D'Andrea, Ettore Fioravanti etc. He has worked in the most varied organic, the big orchestras and the small combos 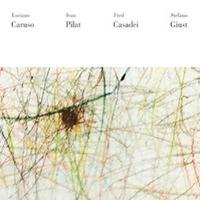 Bloom Inside Bloom Outside