A World-Renowned Palestinian Nay Master, Global Jazz Flutist, and Composer. Known for his virtuosity of the ancient flutes “Nay” and an expectational artistry that enabled him to develop a unique instrumental setting, in which he plays the Nay Flute while accompanying himself on leg-percussion and frame drum simultaneously. In today's modern musical landscape, he is on a mission to unlock the maximum potential of the Nay. While facing stigma often associated with its perceived limitations, he's been able to defy such expectations, performing in demanding idioms such as jazz and other world music traditions. In 2021, Faris has released a solo album entitled “NAY: Nature Addresses You”, in which with it has performed in major World Music and Jazz Festivals such as the London Jazz Festival and Panama Jazz Festival

N A Y : Nature Addresses You 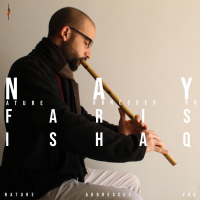 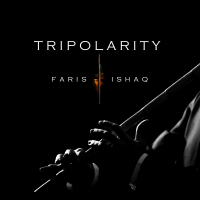