Jazz trumpeter, Erskine Hawkins, was born in Birmingham, Alabama July 26, 1914. A talented high-note trumpeter and a popular bandleader, Erskine Hawkins was nicknamed "The 20th Century Gabriel." He learned drums and trombone before switching to trumpet when he was 13, and was one of five inaugural inductees into the Alabama Jazz Hall of Fame in 1978. He also became on of the principal influences on a young rhythm and blues piano player named Ray Charles. While attending the Alabama State Teachers College, he became the leader of the college band, the Bama State Collegians. They went to New York in 1934, became the Erskine Hawkins Orchestra, started making records in 1936 and by 1938 were quite successful

This week we kick off with the timeless voice of Canadian singer Jill Barber. It's been a long time coming that we had the chance to interview Jill and it's fitting to profile her large stature that is always growing. We spend the rest of the show focusing in particular on the female voices throughout the ... 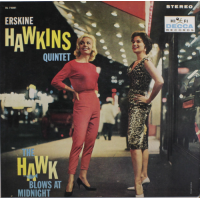 In the mid-1930s, just as the jazz trumpet was becoming popular in the swing era, Erskine Hawkins formed his 'Bama State Collegians in Montgomery, Ala. The band would go on to create a new swing sound that was more relaxed with a strolling groove. Born in Birmingham, Ala., Hawkins started playing the drums and trombone as ... 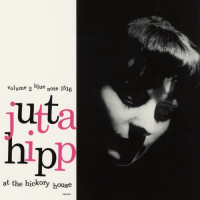 Raise your hand if you've never heard of Jutta Hipp. Yeah, me either. And yet, there she is, brooding and shadowy on the cover of her first Blue Note album. Yes, she--a female rarity in the almost-all-male world of 1950s Blue Note. And not American, either. Like Becks and Volkswagen, Jutta Hipp is a ... 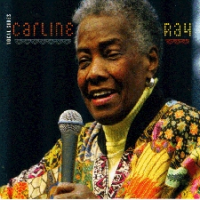 Vocalist Carline Ray has a musical reach that extends to the beginning of jazz. Her father played in James Reese Europe's Society Orchestra in the early years of the 20th Century. Juilliard-trained (as her father was) Ray sang and played guitar and bass in a variety of formats in the International Sweethearts of Rhythm and Erskine ... 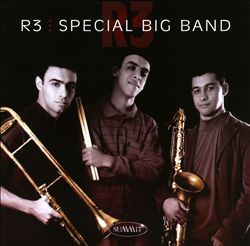 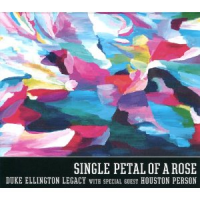 The great Duke Ellington would be proud of the way his family has decided to keep his memory and music alive and kicking for newer generations to enjoy. In 2003, his grandchildren, guitarist Edward Kennedy Ellington II and sister Gaye Ellington, formed The Duke Ellington Legacy, a nine-piece jazz ensemble dedicated to performing the music of ...

When The National Endowment for the Arts study on Public Participation in the Arts came out a few weeks ago, the survey's bad news about the size of the jazz audience caused ripples of concern. It showed that over a six-year period, the number of Americans attending jazz events dropped to a low of 7.8%. In ...

And His Tuxedo Junction Orchestra 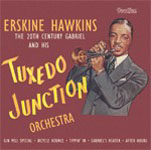 Label: Vocalion
Released: 2008
Track listing: Tuxedo junction; Song of the wanderer (where shall I go?); Wiggle worm; Fool that I am; Tippin' in; Remember; I've got a right to cry; Gin mill special; Cherry; After hours; Sweet Georgia Brown; Jumpin' in a julep joint; Bicycle bounce; It's full or it ain't no good; Dolimite; I know a secret; Hey doc!; Someone's rocking my dream boat; Norfolk ferry; Put yourself in my place; Corn bread; Good dip; Gabriel's heater; Feelin' low.

People rarely recognize the state of Alabama as the birthplace of some of the most important American celebrities of all time such as Truman Capote, Willie Mays and Joe Louis. Since it remains unclear as to whether the great Lionel Hampton was born in Alabama or Kentucky, the title of reigning Alabama jazz champion belongs to ...