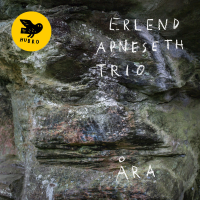 With the album Ara, Norwegian Hardanger fiddler Erlend Apneseth and his trio (drummer Øyvind Hegg-Lunde and guitarist Stephan Meidell) signal a folk music retelling of ancient stories that bring to mind Viking landscapes of ice and snow. Winter is coming -yet the music suggests this winter provides deep and breathtaking introspection amid icy drifts, snow-capped mountains, ...