Erik Johannessen was born July 22th 1975 in Oslo, Norway. Grew up on Lambertseter in the suburbs. Started playing trombone at eight and piano at ten, and decided early to be a musician. Started playing jazz at sixteen, and played in his early twenties in bands like [Soundslashnoise] and The Beauties & The Beast with norwegian pop star Bertine Zetlitz. Soon he joined the Norwegian/Polish collaboration Loud Jazz Band and toured Poland many times, and has to date released five CDs. Studied music at high school at Foss (1991-1994), and studied at University of Oslo with a degree in music (1995- 1996) and literature (1996-1997), went on to study jazz at the conservatory of Trondheim (2001-2005), with trombone teacher Helge Førde and other teachers like John Pål Inderberg, Erling Aksdal and m.m. Started there playing in bands like Big Spirit People, Happy House, and Magic Pocket. Joined Trondheim Jazz Orchestra for a number of projects with soloists and composers like Eirik Hegdal, Maria Kannegård, Joshua Redman, Terje Rypdal, Bednik Hofseth, Jon Balke, Kobert m.m. He got the JazZtipendiat award (2009) with the brass quartet Magic Pocket and composed music and played at Molde International Jazz Festival 2010 with Trondheim Jazz Orchestra, which resulted in the CD Kinetic Music(2011). Magic Pocket has also released the CD Katabatic Wind (2011). Moved back to Oslo starts playing in Jaga Jazzist in 2005 (still going) touring Europe a number of times

2014 Ljubljana Jazz Festival 2014 Ljubljana, Slovenia July 2-5, 2014 Ljubljana--capital of the Republic of Slovenia, member of EU, neighbored by Austria, Hungary, Croatia and Italy--hosts the oldest jazz festival in Europe, which held its 55th edition this year. The event is usually organized by Cankarjev House--Cankarjev Dom, in Slovenian--a prestigious, state-run ... 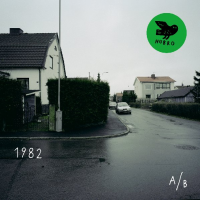 The fourth album of the Norwegian improvisational trio 1982-- Hardanger fiddler and violinist Nils Økland, organist Sigbjørn Apeland, and drummer Øyvind Skarbø--feature this original outfit of two different sides, just like in the classic LP format. The A side offers an improvised out-take from the trio 's 2009 Pintura album session (Hubro, ...

Enjoy Jazz 2013 Heidelberg/Mannheim/Ludwigshafen, Germany November 6-14, 2013 It's always a treat to return to Heidelberg for Enjoy Jazz. As a very intended contrast to most jazz festivals, that compress a lot of music into a very short time, Enjoy Jazz's founding premise, when it was first conceived 15 years ago by ... 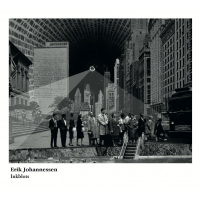 Ultima Festival Oslo, Norway September 15, 2012In a country that has called its “pathology" of over 600 music festivals per year “festival inflation," it's hard for any festival to stand out amongst the others, and yet so many of the events in Norway do. From Kristiansand's Live Remix festival, Punkt, to the superbly ...

Norwegian trombonist Erik Johannessen is a very busy musician: he is a member of the left-of-center Norwegian jazz outfits Trondheim Jazz Orchestra, Jaga Jazzist, Lord Kelvin and Magic Pocket, and contributes to recordings by artful songwriters such as Susanne Sundfør and Synne Sanden, so it is no surprise that he has only now released his first ...