Erica Bramham is a critically acclaimed vocalist, guitarist and composer from Melbourne, Australia. Poetic, inventive and uniquely personal, her work crosses the boundaries between jazz, traditional folk and experimental art music, showcasing her finesse as a lyricist and a captivating performance style that blends song with spoken word and extended vocal technique. In 2016 Bramham released her debut album, Twelve Moons, a song cycle that blurred the boundaries between folk and improvised music. The album was named alongside David Bowie and Vijay Iyer as one of the top ten releases of the year on All About Jazz, with critic Phil Barnes calling it "a fine record of forward looking modern vocal jazz that shows a way to make interesting, lyrically inventive improvised music” and signalling Bramham as a talent to watch. In January 2017 Erica embarked on The Song-Chain Project, an ambitious creative mission to compose, record and share a new piece of music every day for 365 days

Songs From A Midnight Room 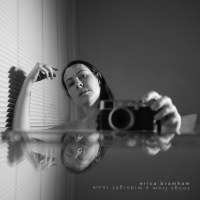 Label: Lungmoss Records
Released: 2018
Track listing: The Cause of Your Calluses; Your Shape Like Coloured Glass; Dandelion; Hummingbird; The Cafe and the Fly; No Run to Save the Varnish; First Train Home; Fig Tree Slumber; What Funny Things Bones Are; Popcorn; Drawer Diving; Butter Yellow; Cafe Terrace at Night; X-Ray; Apple Cider; The Autumn Scuffle; Pull A Song From A Crack in the Clouds.

Social media engagement can make all the difference for young artists seeking to build a following, but it can also distract. The virtual world demands constant novelty and 'events' and if you enter that maelstrom there is the ever-present fear of being forgotten as your posts slip off the bottom of your followers' phone screens. One ... 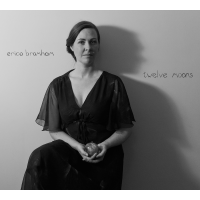 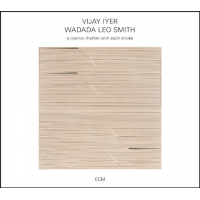 It was tempting to view the events of 2016 in apocalyptic terms--even leaving politics to one side, the succession of beloved entertainers falling to the Grim Reaper was a salutary reminder of the limits of our own mortality. Some saw this as a sign of something ending, a watershed and not in a good way, but ...

A song cycle that uses the months of the Czech/Slavic calendar as a compositional starting point is not the sort of subject matter we usually see from modern jazz singer-songwriters. Yet on this marvelous debut album Erica Bramham has used that unlikely theme as a starting point for her poetic lyrics, giving the collection a satisfying ...