The inaugural New York Japanese Jazz Festival will be launching June 25-27, 2019, as part of a three-day series heralding the undiscovered talents from the island on the other side of the world. Featuring a “who’s who” of American Jazz Greats, with a treasure trove of Jazz music’s future stars there will be something for everyone ...

Here are three new CDs by two exemplary young pianists, Laura Dubin and Matt Savage, the first two of which reprise a concert by Dubin's splendid trio at the Xerox Rochester International Jazz Festival in July 2016. The third, Piano Voyages, is Savage's twelfth recording, the first in which his eloquent piano is the lone instrument. ... 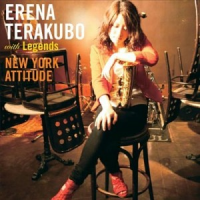 A ton of fine music came out in 2012, like most years, making these year-end lists very difficult. A lot we don't get to hear, so that limits some. For example, I've not yet heard the 2012 disks of drummer Jack DeJohnette, trumpeter Christian Scott or guitarist John McLaughlin and the Fourth Dimension. Having seen each ...

Erena Terakubo is the next emerging star in a long list of young and gifted musicians hailing from the land of “The Rising Sun" who, may have thankfully, chosen jazz music as a possible career choice. Barely 20 years old and from Sapporo, Japan, this alto saxophonist caught the ear of jazz luminaries like renowned saxophonist ...