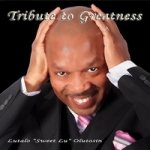 Vocalese is the pinnacle of jazz singing; a jazz singing style based on lyrics composed to melodies that were originally part of non-vocal compositions or improvisations. There are only a handful of truly proficient vocalese lyricists, a short list including Eddie Jefferson, Babs Gonzales, King Pleasure (Clarence Beeks), Jon Hendricks, and Mark Murphy. East Chicago native ...