Although there were a couple obscure early examples (Bee Palmer in 1929 and Marion Harris in 1934, both performing “Singing the Blues”), Eddie Jefferson is considered the founder, and premier performer of vocalese, the art of taking a recording and writing words to the solos, which Jefferson was practicing as early as 1949. Eddie Jefferson’s first career was as a tap dancer but in the bebop era he discovered his skill as a vocalese lyricist and singer. He wrote lyrics to Charlie Parker’s version of “Parker’s Mood” and Lester Young’s “I Cover the Waterfront” early on, and he is responsible for “Moody’s Mood for Love” (based on James Moody’s alto solo on “I’m in the Mood for Love”)

Saxophonist Richie Cole died on May 2, 2020. He lived a jazz life all the way. His playing, his demeanor and his philosophy were all contained in his catchphrase / modus operandi: Alto Madness. This episode revisits conversations with him over the years, as well as recent chats with Janis Siegel and Ben Sidran about their ...

August jazz birthdays this week on Gifts and Messages. We feature pianist George Shearing for his 100th birthday, along with Louis Armstrong, Charlie Parker (2020 is the Bird centennial. Are you ready?), Count Basie and Lester Young. Among the living we give thanks for Pat Metheny, Wayne Shorter, Cecile McLorin-Salvant and Branford Marsalis. And there are ... 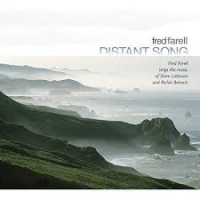 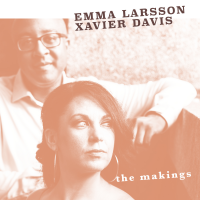 Claudia Vorbach Is There a Time? Phoneector 2018 Claudia Vorbach follows up Come Down Easy (Phoneector, 2016) with these 14 smart original compositions infused with the swagger of a confident composer/singer. At first blush, Vorbach sounds like a relaxed Nora Jones, playfully whimsical and vocally daring. Vorbach sings with an assured ...