Violinist Duane Padilla began his musical career much in the “traditional” way. Beginning classical violin lessons at age 4, he went on to earn a Masters Degree from Yale University and a Bachelors Degree from Northwestern University. While still a student, he earned fellowships to perform with the National Repertoire Orchestra and the Tanglewood Music Center Orchestra. In 1995, he founded the highly acclaimed chamber ensemble The Gemini Duo, semi-finalists in the Concert Artists Guild Competition in NYC. In addition to a busy touring schedule, The Gemini Duo won outreach grants from Chamber Music America and the American Federation of Musicians and earned positions on the Connecticut Commission on the Arts Performing Artist Roster and the CMA Rural Residency Artist Roster. Following his university studies, Duane’s musical journey led him to a 15 year career as an orchestral musician, first with the Waterbury Symphony and New Haven Symphony Orchestras and later with the Honolulu Symphony Orchestra. Duane began to explore a broader musical world in Honolulu. As a member of the Honolulu Symphony Pops Orchestra, he performed with a “who’s who” list of the jazz world which included: Diana Krall, Chris Botti, Dianna Reeves, Bela Fleck, Edgar Meyer, Dave Koz, Monica Mancini Elvis Costello, Victor Wooten, Rosemary Clooney and countless others

Hot Club of Hulaville violinist Duane Padilla echos the golden age of Stéphane Grappelli, by way of Joe Venuti. Sentimental Swing presents nothing new and breaks no revolutionary jazz ground, being made up of ten well-worn jazz standards, presented in a violin-piano-bass trio format. Was all this necessary? Perhaps not, but Padilla does put a pleasant ... 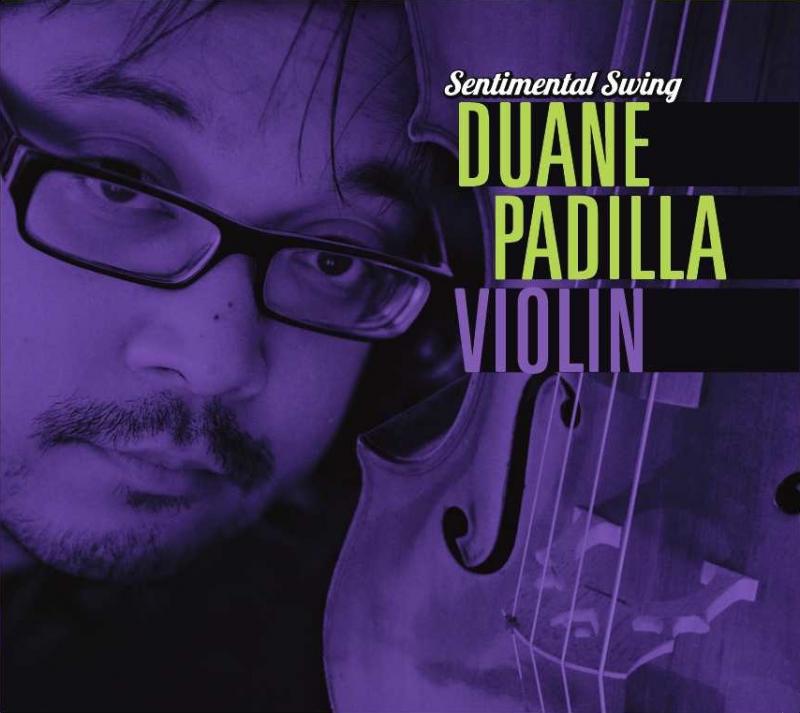