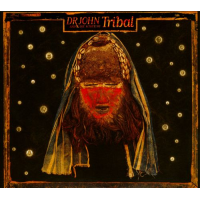 In the late 1960s and early 1970s, Dr. John made his bones (at least with the national audience) with a spooky, swampy blues / psychedelia / R&B / funk / pop / rock / jazz-influenced musical gumbo that included the originals “Right Place, Wrong Time," “Mardi Gras Day," “I Walk on Guilded Splinters," “Such A Night" ...

With hindsight, keyboards player and vocalist Mac Rebennack's return to his “Dr. John, The Night Tripper" oeuvre might have been foreseen before the recording of Tribal, when in 2006 he once more donned the full-blown voodoo regalia for his appearance at the Bonnaroo Music Festival. But then Katrina came along and Rebennack's attentions became focused on ...