Dimitris Tsakas was born in Greece He started playing music at the age of eight studied classical guitar and music theory. In 1989 he got his degree in classical guitar. In 1991 he started playing the alto saxophone, and after two years he received a scholarship from BERKLEE COLLEGE OF MUSIC, where he studied from 1994 to 1995 jazz saxophone under the guidance of Andy Mc Ghee, George Garzone and Jerry Bergonzy.   Upon his return to Greece he performed as a saxophone player with a lot of top Greek jazz artists like George Kontrafouris, Takis Paterelis, George Fakanas e.t.c. He was a member for one year of Iasis, a well known ethnic jazz group in Greece and Europe 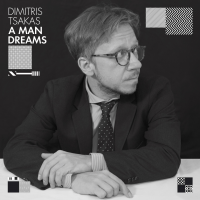