Saxophonist/composer Dennis Mitcheltree’s new recording, his sixth as a leader, Golden Rule, is one brimming with humanity. The music celebrates family, lost friends, his major inspirations (including tenor giants John Coltrane, Joe Henderson, and others), and speaks directly to our shared journey through life, and the imperative to treat each other with love, respect, trust and dignity – in short – to treat others as you wish to be treated. The music on Golden Rule is a reflection of that notion. It also swings like mad and engages the listener with nine wonderfully crafted compositions from Mitcheltree. 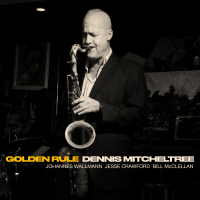 The 773rd Episode begins with Los Angeles-based saxophonist Dennis Mitcheltree with a song off his latest album Golden Rule. We also hear from some other veterans including Don Sickler, Marshall Gilkes, Clifford Lamb and Kansas City legend Bobby Watson. Speaking of Kansas City, we present a track from up-and-coming pianist Brant Jester. Finally, we say thank ... 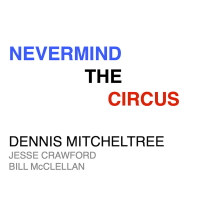