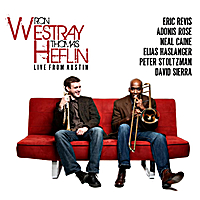 Esperanza Spalding to perform at the GRAMMY Awards

Best New Artist GRAMMY nominee Esperanza Spalding will perform on the 53rd Annual GRAMMY Awards. The show will take place at the Staples Center in Los Angeles, California from 5:00 p.m. to 8:30 p.m. on Sunday, February 13, 2011. The GRAMMY Awards will be broadcast live on the CBS Television Network from 8-11:30 p.m. ET/PT. Esperanza ...

Fresh off his 2009 success with the Grammy-nominated Brazilliance x4 (Resonance), Claudio Roditi has released the stand-out Simpatico. As well as his peerless skills on trumpet, this CD shows off his writing talent with several originals in a samba/bossa groove, as well as some solid straight-ahead tunes. From the Brazilian jazz tradition, Roditi has ...

Bethlehem Township, PA - The community has the opportunity to hear Latin jazz greats when grammy nominated, jazz pianist and musical director Arturo O'Farrill performs with his Afro-Latin Jazz Orchestra on Saturday, September 6, at 7:00 p.m. at the Lipkin Theatre in Kopecek Hall at Northampton Community College (NCC) in Bethlehem Township, Pennsylvania. Tickets are $20 ...