Ryan Porter: A Force For Good

I've been a fan of Ryan Porter since I heard the first note off of his sophomore album, The Optimist (World Galaxy, 2018). I reached out to him and we got together and talked current events, music and life. Weapon of Choice All About Jazz: What was it about the trombone that got your ...

www.Different-Hats.net Workshops Performances and Compositions for: • Musical Organizations • Educational & Development Programs • Childhood and Early Music • Elders & Senior Hostel Programs • International Events Ronald Hartwell has been performing, teaching, composing and enjoying music for over thirty-five years. He regularly entertains audiences in formal and informal settings. He combines a deep love of traditional musics from across Europe and the Americas with a flair for innovation, improvisation and composition. He is equally at home performing musical theater and jazz laced rendition of popular songs as he is in the concert hall

Background: Phillip Lackey grew up in a rich musical enviroment. His Mother and Grandmother both played the organ and the piano in a Pentecostal church. His older brother and his cousins played a lot of music so he had exposure to Oscar Peterson, Miles Davis, Weather Report, and Herbie Hancock on one hand, and the music of Hendrix, Earth Wind & fire, Mother's Finest, and the OJays on the other.

In a career that spans two decades and encompasses a broad array of musical ventures, saxophonist Mark Turner has emerged as a towering presence in the jazz community. With a distinctive, personal tone, singular improvisational skills and an innovative, challenging compositional approach, he’s earned a far-reaching reputation as one of jazz’s most original and influential musical forces. A New York Times profile of Turner titled “The Best Jazz Player You’ve Never Heard” called him “possibly jazz’s premier player,” noting his reputation amongst his peers and his influential stature in the jazz world. 2013 finds Turner entering an exciting new creative phase, with his varied talents showcased on a variety of notable new recording projects

Emmett North Jr born in middletown,ohio a steel town not far from cincinnati and dayton june 5th,1947,use to watch 'American Bandstand' and became interested in music and started writing song poems in the 5th grade,use to sing in talent shows,introduced to the guitar at nine, after moving to dayton i started learning gospel and blues and traveled with gospel groups weekends performing churches in the midwest and south,after learning blues,soul and r&b i got more work,played my first club at 13 with blues singer 'Piney Brown',i had my first band at seventeen called 'The Twisters',played in the ISO in the army in germany,i had a band on post where i performed for the officers parties even called off guard duty and KP to perform with my band,i had german off post whom i also toured with when on leave.After returning home in started playing again in bands and was asked in 1974' to move to london to play with 'Heat Wave',it was too far from home,i moved to LA in february 1975 to audition and work for Bobby Womack after visiting Bobby's office his PR man told me Barry White was also looking for guitarist and his office was in the same building so i went to his office the band liked my personally,i auditioned for Barry's conductor and passed,i auditioned for Barry a week later was hired and two months later i was on tour in europe,my first meeting with Barry was at Soul Train before the show and also met Lee Ritenour at that time and the rest is history,i was with Barry White from 1975-1979 and from 1986-1990

Anyone who was a jazz aficionado in jny: Cincinnati in the 1970s and wanted to hear the upper echelon musicians in the art form--the artists written about in Downbeat and whose records played regularly on the local AM station, WNOP--knew what to do. Make the 50-mile trek up Interstate 75 to Gilly's in Dayton. ... 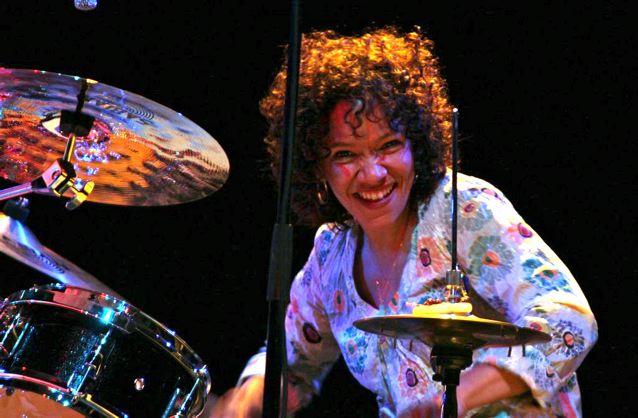 Keigo Hirakawa Trio: And Then There Were Three

Pianist Keigo Hirakawa clearly loves bebop, and bandmates Eddie Brookshire (bass) and Fenton Sparks (drums) are on the same page. There's energy and swing in abundance here, and while it is contemporary jazz, it's also telling that their cover of the great bebop pianist Bud Powell's classic “Dance Of The Infidels" fits right in with the ...