David Slusser was born in Akron, Ohio in 1952. He began playing tenor saxophone at age 10, around the same time he started experimenting with reel to reel tape recorders. Getting his first film sound job in 1975, he continued his career with a move to the San Francisco Bay area in 1977, where he joined Lucasfilm in 1984, and received an Emmy award for sound editing in 1993. He has worked often as a music editor for directors Francis Coppola, George Lucas and David Lynch, with whom he has co-composed music for his films. On his own he has composed for documentaries and public radio, as well as his jazz group Rubber City 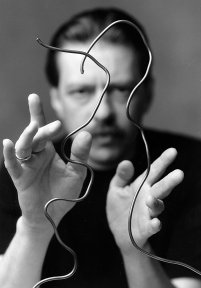 Early Pixar I caught a presentation by Pixar director Gary Rydstrom at the Chicago Film Festival. Rydstrom was giving the first public screening of his new short Lifted, and he opened the show with 4 early Pixar shorts: Luxo Jr., Red's Dream, Knick Knack and Tin Toy (all of which were sound designed by Rydstrom). These ...