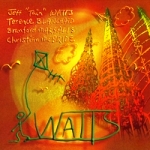 The title of drummer Jeff “Tain" Watts new CD, Watts, isn't as superficial as it seems. While referring naturally to the leader, it also recalls the site of the apocalyptic riots in 1965, a neighborhood that produced jazz legend Charles Mingus. This is important because the tunes on the disc, written by Watts, are reverential, referential ...

Noted for his distinct and propulsive style, the eminent drummer/composer Jeff “Tain" Watts is a longtime member of the Branford Marsalis quartet and a leading sideman for many artists; yet it's his own recordings as a leader that are the most telling. True to form, this eponymous release has plenty of the drummer's fireworks but also ... 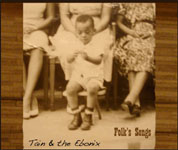 There are tribute albums, and then there's Folk's Songs, Jeff “Tain Watts' debut release on Dark Key Music under the group name Tain & the Ebonix. Rather than the typical collection of remakes, Watts delivers seven original compositions among the ten songs that honor people who have influenced and inspired him. Tain & ...

Folk's Songs, led by drummer Jeff “Tain" Watts and his group Tain and the Ebonix, comprises ten compositions, including seven Watts originals all dedicated to various folks. The tunes not composed by Watts are by pianists Keith Jarrett ("Rotation and “Rotation II ) and the late Kenny Kirkland ("Blasphemy ). Specific tune dedications range from other ...

This is the fifth solo album for Jeff “Tain" Watts and broadens his approach on this effort. The drummer has the distinction of reporting that he appeared on every Grammy-Award winning album by Wynton and Branford Marsalis. Originally from Pittsburgh and graduating with a degree in classical percussion from Desquesne University and the Berklee College of ...