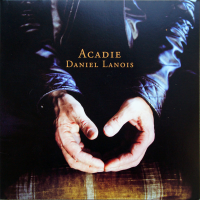 Although Daniel Lanois' production and engineering wizardry have secured his place in the musical hall of fame, his own debut album Acadie (Warner Bros., 1989) revealed another talent—songwriting. The album is about as perfect a debut as an artist could hope for, containing every single aspect of what makes Lanois so special, presenting him as both ...