Label: Dafnison Music
Released: 2020
Track listing: Amanecer Contigo; No Es Fácil; Uncerntradition; Con Alma; Cry With Me; On the Way; Feed the Lions; Nothing or Everything; Lazy Blues.

In Cuban music, emotional grandeur and extravagant virtuosity is built on a foundation of inexhaustible rhythm. So, it's no surprise to find an abundance of juicy melodies and breathtaking drumming on Transparency from drummer and MacArthur “Genius" Fellow Dafnis Prieto. Yet for all the astonishing things he does behind the kit, what stands out ... 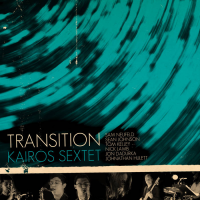 Label: Dafnison Music
Released: 2018
Track listing: Transition; Sunspot; (No) Time to Spare; On and On; Triangles and Circles; Dafnison; I Remember You; Thrive. 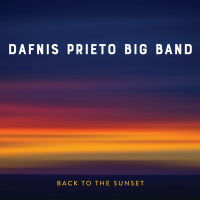 Label: Dafnison Music
Released: 2018
Track listing: Una Vez Mas; The Sooner the Better; Out of the Bone; Back to the Sunset; Danzonish Potpourri; Song for Chico; Prelude Para Rosa; Two for One, The Triumphant Journey.

Label: Dafnison Music
Released: 2018
Track listing: Una Vez; The Sooner the Better; Out of the Bone; Back to the Sunset; Danzonish Potpourri; Song for Chico; Prelude Para Rosa; Two for One; The Triumphant Journey.

Given all the well-deserved attention that drummer Dafnis Prieto has been getting lately, it's understandable that one of his projects, the Kairos Sextet, is eager to acknowledge its debt to that supremely polyrhythmic composer and bandleader. But, make no mistake, this is a band really coming into its own, with plenty to say and a collective ...

The astonishingly talented and prolific drummer Dafnis Prieto has done a lot since moving to the States from his native Cuba in 1999. He's made a host of sideman appearances with musicians of widely varying stripes, including Peter Apfelbaum, Michel Camilo, Steve Coleman, Marilyn Lerner, Brian Lynch, Henry Threadgill, Chucho Valdés, and John Zorn. He won ...