Carl "Cubby" O'Brien was born July 14, 1946, in Sun Valley, California, not far from Burbank. He was the youngest male to audition to be a Mouseketeer. Discovered by Disney talent scouts in December 1954, while performing at a Screen Actors Guild (SAG) benefit in Hollywood. At the audition, Cubby played the drums but Jimmie asked him to sing something. Cubby told him he wasn't a singer. Jimmie suggested "Happy Birthday". So, accompanied by a banjo player sitting nearby, Cubby sang this simple song that every child knew. But for Cubby, it won him a spot as a Mouseketeer! Cubby Recalls "I did some commercials and some TV shows like 'Zane Grey Theater' and 'Cheyenne,' but I was a drummer and that's what I really wanted to do." Following his tenure with the Mickey Mouse Club and the Junior Band on the Lawrence Welk show, Cubby joined small bands around the L.A

Silver, gold, and, yes, a gorgeous helping of brass. We're not just talking about the bugle beads on Bernadette Peters' skin-tight, flesh colored gown but of the precious metals glinting off her voice last night during a spectacular 90- minute concert with the Pittsburgh Symphony Orchestra Pops at Heinz Hall. At 61, she is still in ... 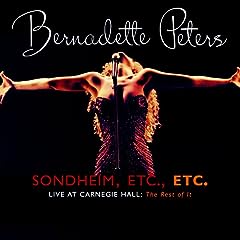