This time it felt quite inappropriate to be upbeat and excited about all the beautiful new albums that keep coming out. After an aggressive virus has brought the world to a near halt for almost two years, we are now facing another life-threatening turn of events, this time entirely man-made. The playlist features music inspired by ...

The Genius of Kenny Kirkland - Part 2

A classical musical upbringing; a deep knowledge of contemporary classical masters; a career that rapidly saw him develop affinities and life-long collaborations with mainstream and forward-looking jazz musicians, both from the US and from abroad; equally at home with fusion, pop and rock. In sum, Kenny Kirkland epitomized that kind of musician that defies categorization which ...

There is an adventurer's appeal when two free thinkers just pick up mid-stream and let the river carry them. Without label or structure constraint, life-preservers and the chronic happenstance which bars so many back from reaching beyond themselves, music emerges shaded by emotional time, humor, awareness, and mutual respect for each other's untapped potential.

On the ethereal and intimate Conjure, violinist Jason Kao Hwang and pianist-vibraphonist Karl Berger perform a set of eight improvised duets. Hwang was a member of Berger's Creative Music Orchestra, so the facility of their interaction is not surprising. The brilliant synergy between them, however, results in thought-provoking and thrillingly inventive music which moves with its ... 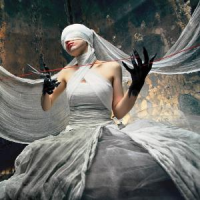 By Herd of Instinct

Celebrated Southern Californian progressive-rock band Djam Karet has extended the scope of its Firepool Records label by signing Herd of Instinct. With the ensemble's sophomore release for the label, Karet guitarist Gayle Ellett augments the core trio by performing on a vast array of keyboards, and uses the Mellotron as a vehicle to summon a classic ... 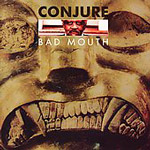 Musical director Kip Hanrahan instigates some of the most visionary, funky, bluesy modern world music amalgams on record with Bad Mouth, alongside his sonic congregation, Conjure. He assembled the group in 1984 to set writer Ishmael Reed's poety to music, on both a self-titled debut and a second outing, Cab Calloway Stands in for the Moon ...