Colin Trusedell is the musical director for the United States Air Force Academy Band’s Top 40 ensemble Blue Steel and the adjunct faculty bass professor at Colorado State University – Pueblo. He is one of the most versatile upright and electric bass players in the United States in the field of jazz, fusion, pop and rock music. He is also an active writer, arranger, and bandleader. In 2013, Colin released Some of My Best Friends Are... Divas, featuring him on the upright bass with three of the best jazz singers in Colorado, which earned the rating “Best of 2013” on AllAboutJazz.com

Without All the Chatter 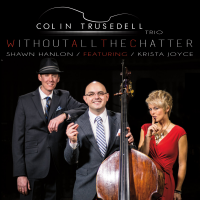 Label: MyShowsLive Records
Released: 2017
Track listing: Our Love is Here to Stay; Almost Like Being in Love; Ain’t No Sunshine; I Love Being Here with You; Black Coffee; An Affair To Remember; Gee Baby; Nature Boy; The Nearness of You; Route 66.

Colin Trusedell Trio: Without All the Chatter

The members of the Colin Trusedell Trio are not strangers. Quite to the contrary, they are well known to one another and have been. They all served in the United States Air Force together. Pianist Shawn Hanlon appears on every Trusedell project, including, Quartet of Jazz Death (Self Produced, 2014), It's All About the Hustle, and ... 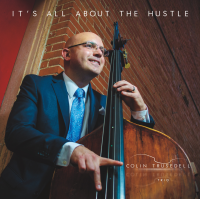 Album: It's All About The Hustle
By Colin Trusedell
Label: MyShowsLive Records
Released: 2015
Duration: 4:16

It’s All About the Hustle

It's All About The Hustle

Colin Trusedell: It’s All About the Hustle

It's All About The Hustle

Colin Trusedell's new album, It's All About The Hustle, takes the listener on a sophisticated jazz adventure, exploring traditional jazz yet sounding completely modern and contemporary.
22
Track of the Day

Album: It's All About The Hustle
By Colin Trusedell
Label: MyShowsLive Records
Released: 2015
Duration: 4:29 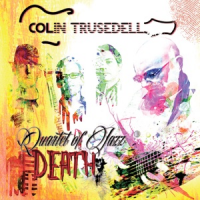