Patrice Jégou: If It Ain't Love 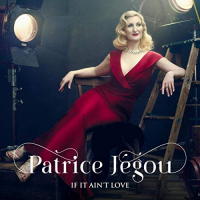 Listening to Canadian vocal artist Patrice Jégou's second album, If It Ain't Love, one would never think that she once was a world-class professional figure skater. One would also immediately discern that she and her similarly world-class musical partners have delivered a perfect-10 performance. Surrounded on the opener by Take 6's Mark Kibble ...

When guitarist Randy Napoleon titled his latest effort, The Jukebox Crowd (Gut String Records, 2012), the jukebox he referred to was not some nostalgic 1950s era one that sits idly in a corner. Rather, she is a much sleeker, hipper, and more modern version. She is cool and, of course, jazzy, and she commands center stage. ...