Claudio Quartarone is considered one of the greatest Italian guitarists of his generation, musically versatile but closely linked to the classical tradition of which he has extended the boundaries. He began studying classical guitar at the age of eight, an instrument through which he immediately became known for his great talent. At a very young age he performed regularly on solo guitar, winning numerous musical contests, so much so that he was considered an enfant prodige in the classical guitar scene. In 2007 he won, through the foundation Siena Jazz, a scholarship to represent Italy at the international conference "I.A.S.J." in Latvia, a prize established in 1989 by Dave Liebman 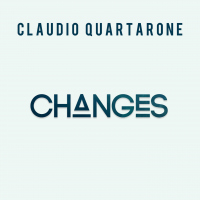