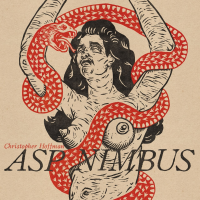 Label: Out Of Your Head Records
Released: 2021

Chalk up another great recording from saxophonist and composer James Brandon Lewis. Jesup Wagon for Tau Forms marks another step on what seems to be a steady climb to the top of current saxophonists. Like last year's great Live At Willisau, JBL has drummer Chad Taylor with him along with Kirk Knuffke, Christopher Hoffman and the ...

Tenor saxophonist, composer, and writer James Brandon Lewis is driven by a restlessness that makes him one of his generation's standout players of, and thinkers about jazz. Although he was voted Rising Star Tenor Saxophonist in the 2020 DownBeat Magazine International Critic's Poll, most might say, after listening to his recent releases, that his star has ... 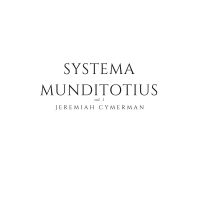 Musician, composer, producer, Jeremiah Cymerman may have created the soundtrack to our current circumstance. Not that his project Systema Munditotius, vol. 1 was conceived and produced after the discovery of the CoronaVirus in 2019, but that it may have prophesied this pandemic. This project centers around a diagram psychiatrist Carl Jung created in 1916. ...