Christian Tamburr is a multi-instrumentalist, accomplished on the piano and trapset as well as world and orchestral percussion. However, his true talent is exhibited on his instrument of choice, the vibraphone. Confirmed in May of 2001 when in their annual poll of collegiate age musicians, Downbeat Magazine awarded him "Outstanding Solo Jazz Performance". Christian is currently a member of the critically acclaimed Noel Freidline Quintet, a five-piece acoustic jazz group as well as the Grammy Award winning group The Dazz Band. Now 23, Christian first started performing jazz at the age of 14 and has since had the opportunity to work with many jazz legends including, Ira Sullivan, Clark Terry, James Moody, Benny Green, Bucky Pizarelli, Kevin Mahogany, Nicolas Payton, Art Van Damm, Slide Hampton, Bob Mintzer, Tom Kubis, Milt Hilton, Dick Hyman, Bob Haggart, Mark Murphy, Eric Marienthal, Marcus Printup, and Bunky Green to name a few. While attending the University of North Florida, Christian performed with the One O'clock Band at Holland's prestigious North Sea Jazz Festival

The Awakening (Sounds For Sculpture) 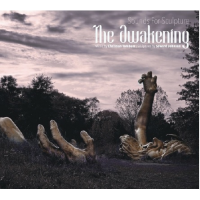 This week we start with a favorite in the Kansas City area known, The Grand Marquis. The hour also features new music from a variety of jazz musicians all over the world like Jim Black, Christian Tamburr, Emie Roussel, Delasito and FKAJazz. We finish things up with some live music at the Village Vanguard with Gerald ...

For vibraphonist Christian Tamburr, a walk through the Grounds For Sculpture in Hamilton, New Jersey offered a world of sonic possibilities reflected in the bounties of natures and the wonders of Seward Johnson's craftsmanship. Creating physical splendor and a touch of the unexpected in statuary, Johnson, world-renowned for his bronze sculptures, aimed for his work to ... 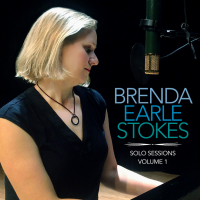 There's a vast array of notable singers that have been given unto us from the Great White North. In terms of star power you have Joni Mitchell, k.d. Lang, Sarah McLachlan, Shania Twain, Bruce Cockburn, the lovably twangy Neil Young and a croaky Leonard Cohen. And, of course, we have genre-straddling, jazz-breathing mega-names like Michael Bublé ... 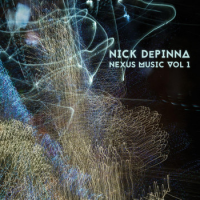 Los Angeles-based composer-trombonist Nick DePinna dips his toes warily into the big-band pond on Nexus Music Vol. 1, a concise yet largely impressive glimpse at contemporary motifs from a large-group perspective. The album encompasses only three songs whose total playing time is a brief twenty minutes, about one-quarter the maximum length of a Compact Disc.

The way vibes player Christian Tamburr sees it, he honors his musical forebears every time he picks up his mallets. He paid homage Monday night principally to Lionel Hampton, Milt Jackson and Bobby Hutcherson as part of the Charlotte County Jazz Society's Artist Series in Port Charlotte FL. “The music I play is influenced by all ...